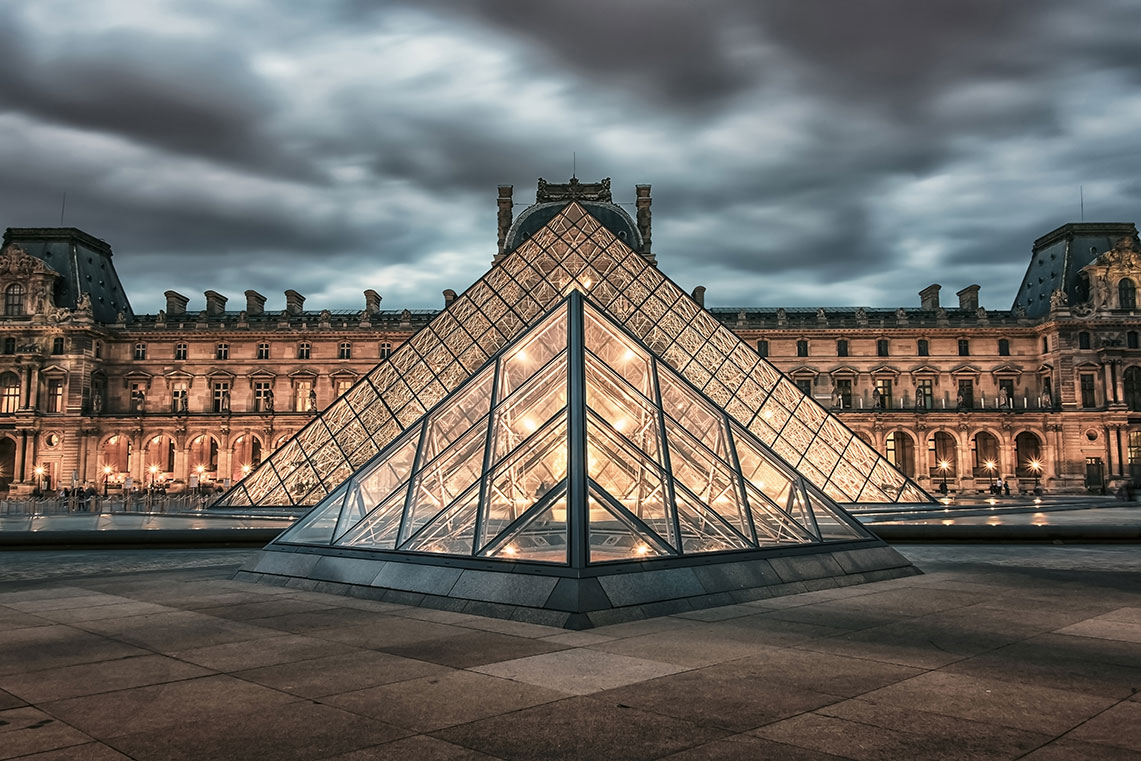 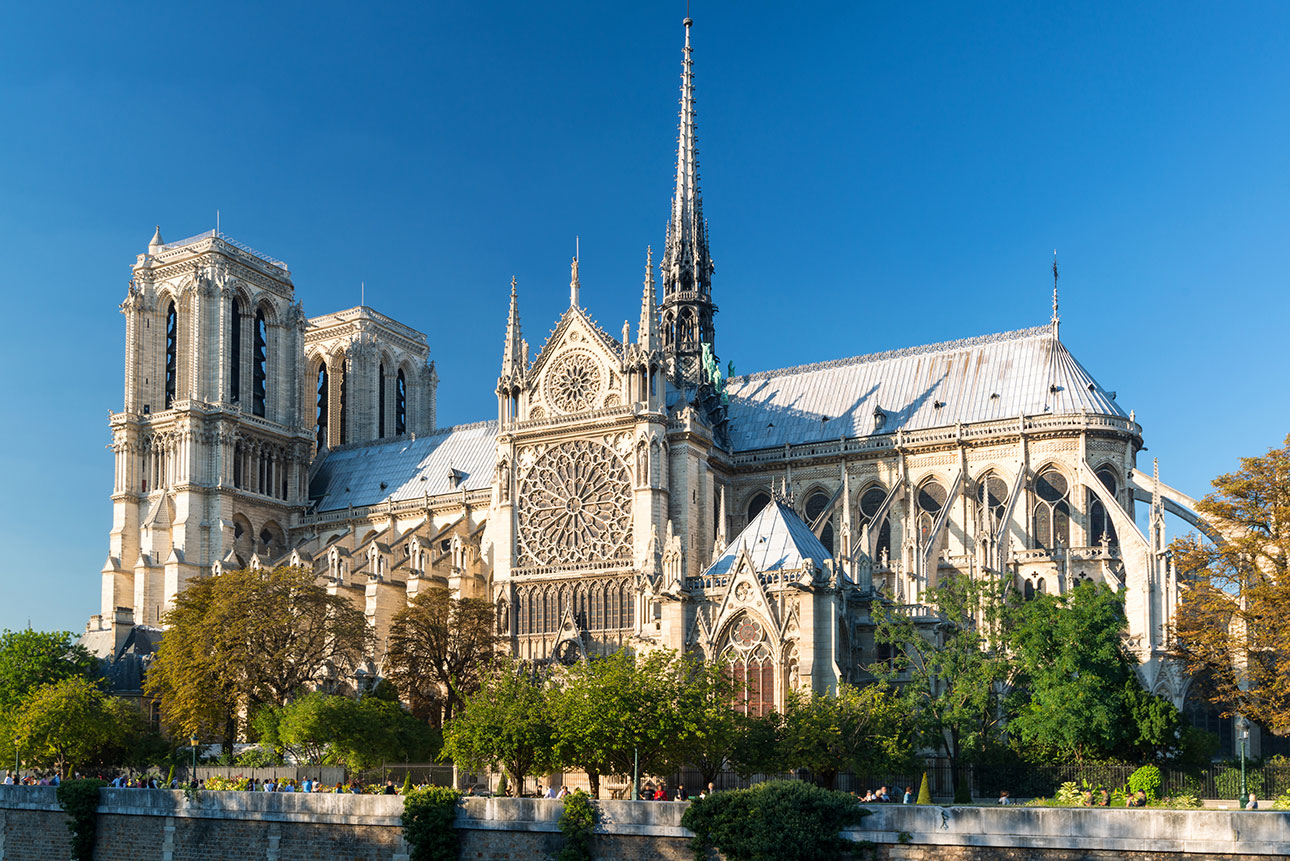 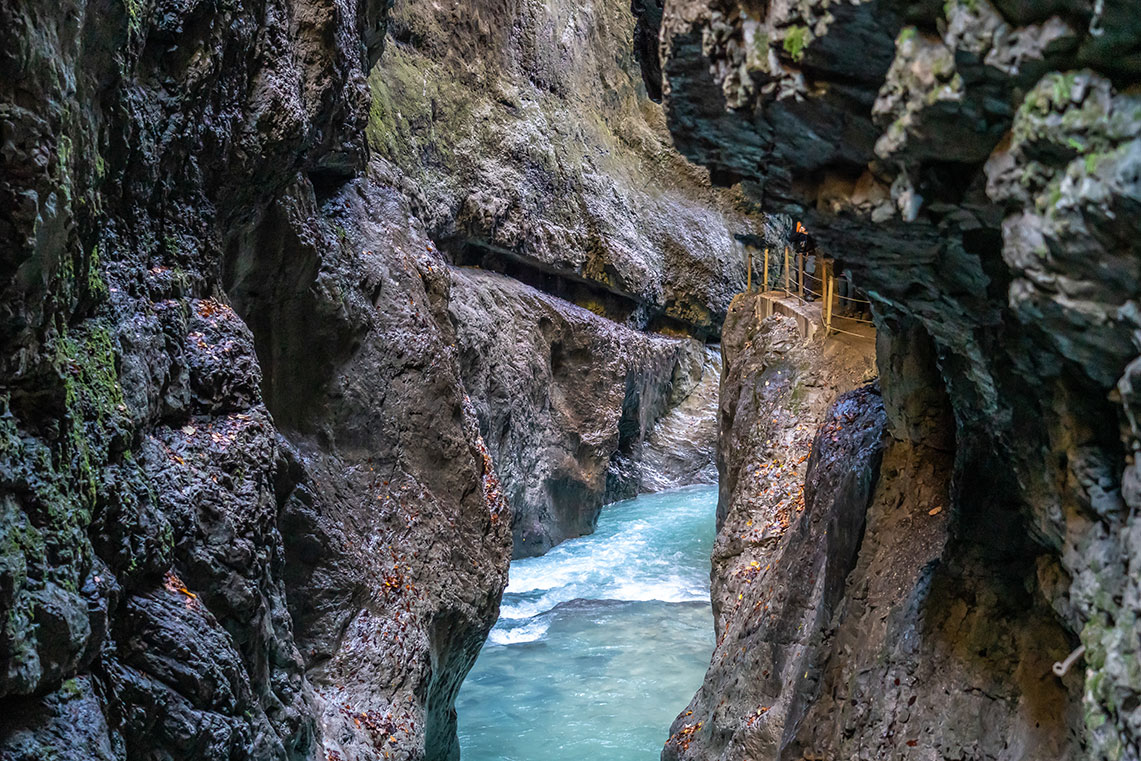 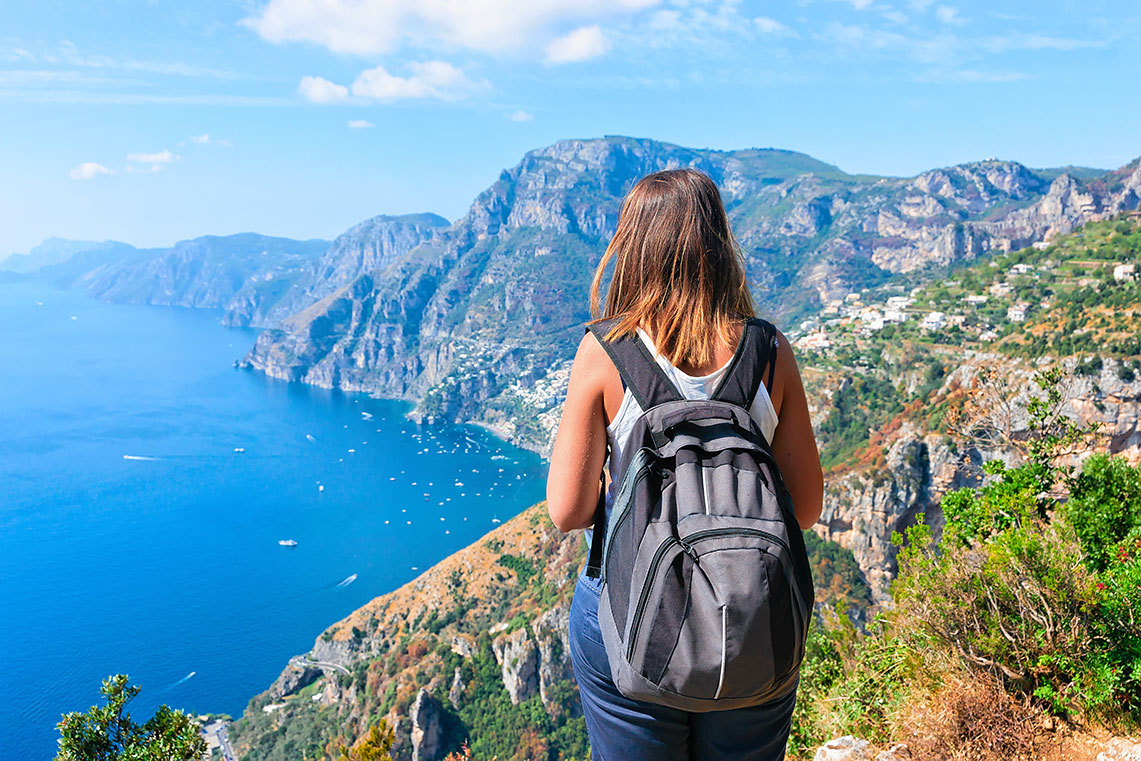 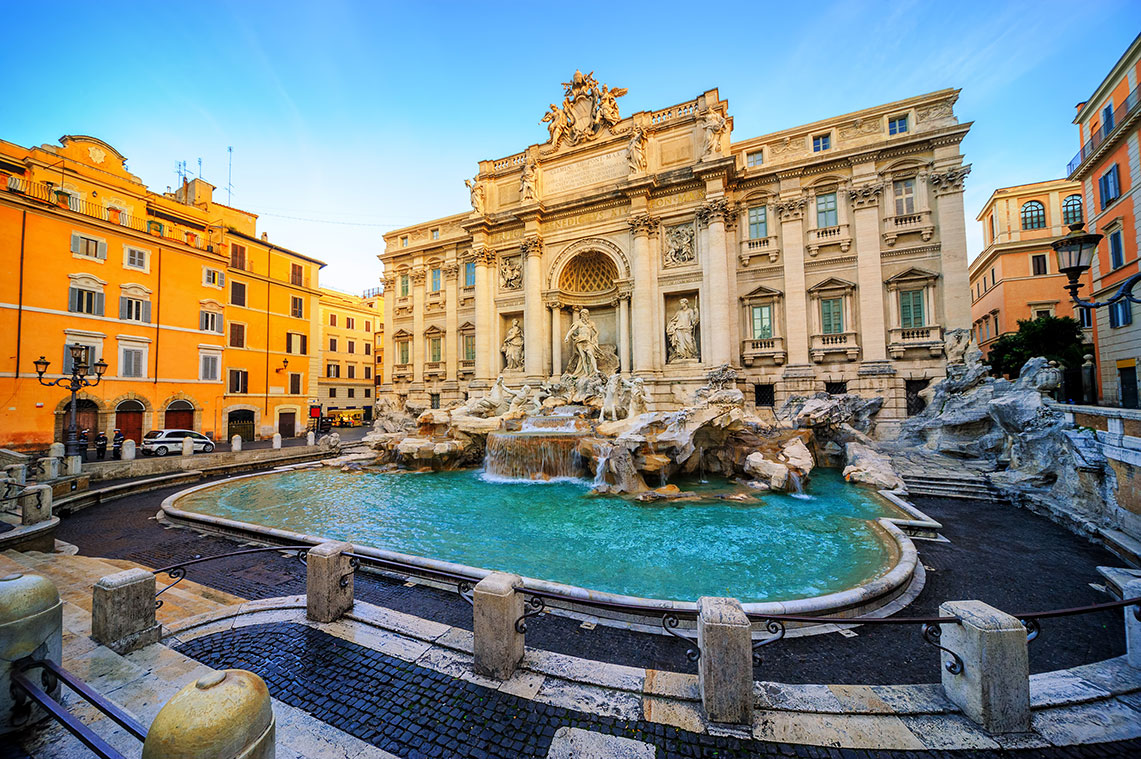 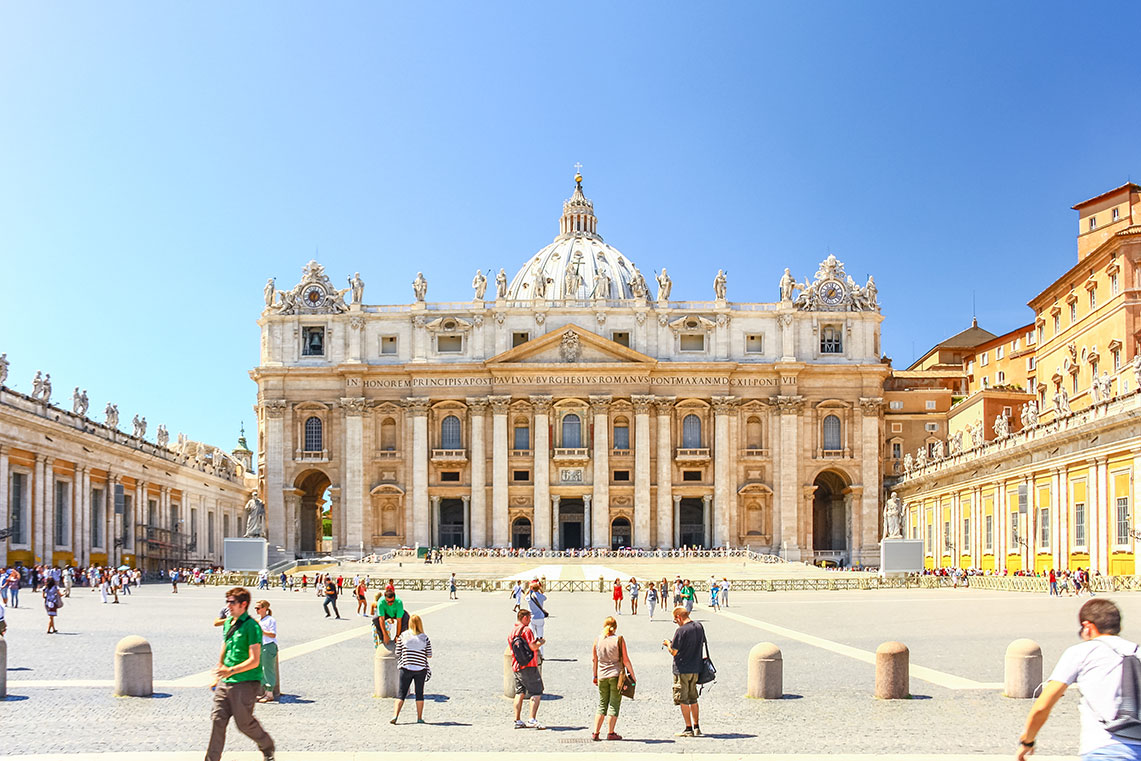 I had just climbed over 2,000 steps in just over a mile and was looking out over the steep and rocky coastline of the Amalfi Coast in Italy, with turquoise water as far as the eye could see. My legs were burning and I was breathing heavy, but I was experiencing pure bliss. This was one of the adventures I had been researching for weeks before coming to Europe, and it all came together perfectly. I was perched atop the Path of the Gods trail, a place that travelers have described as “the most beautiful place on earth” for centuries.

This was my, and my family’s first trip to Europe and we wanted to make the most of it and packed it full of one-day destinations. Like my little girl likes to say, the Hamiltons do not go on vacations, they go on expeditions. Several people asked how I knew where to go and what to do. My answer was that I researched endlessly. I scoured travel websites, made notes from magazines, listened to friends and strangers, and I endlessly read trip advisor reviews.

Our itinerary for this expedition was touted as very ambitious by many seasoned European travelers. My family and I are experienced travelers but mostly within North America, so that made me a tad nervous.

The first full day of our expedition was to be spent exploring Paris, France. After landing at Charles de Galle airport, we had an hour-long train ride to Gar du Nord, followed by a KM or so walk to the hotel. This early experience brought to light that we packed too heavy. A lesson we were reminded of throughout the trip and a mistake we will never repeat. We had booked a room at Hotel Avalon, a small boutique hotel I found through Priceline.com.

It was a crisp and sunny Paris morning as we set off to visit the Louvre for a few hours, then we trekked along the Seine River to Notre Dame Cathedral.

Afterward, we stopped at a French bistro and snacked on croissants, crepes, onion soup and macarons. For each country we visited, we had a list of traditional foods we wanted to try. The day in Paris ended at the Eiffel Tower and the Arc de Triomphe. We didn’t have much time to spare, as we needed to get to the train station to board a night train headed for Munich, Germany.

Sleeping proved difficult on the train, as sleeper cabins are no longer available on Paris to Munich trains. The train pulled into the Munich Hauptbahnhof around 6:30 AM. We proceeded to walk to the nearby Creatif Elephant Hotel, where we put our luggage into storage before heading off to see the historic Bavarian city of Munich.

Our first destination was the historic Rathaus-Glockenspiel at Marienplatz. Just after we got to Marienplatz, the Glockenspiel started its display that has been delighting visitors and residents for over a century. A rigorous climb up the nearby St. Peter’s Cathedral bell tower rewarded us with a spectacular bird’s eye view of the Glockenspiel and the whole city.

Next on our itinerary was a stop for lunch at the world-famous Hofbrauhaus where my daughter had a pretzel the size of her head! I dined on bratwurst and sauerkraut accompanied by a Dunkel beer. I was raised among a strong German influence in Cincinnati, Ohio and this lunch had always been a dream of mine.

Our day concluded with a visit to Asamkirche, a gothic style church built by two brothers as their private place of worship. One brother was a painter, the other a sculptor. It was one of the most ornate and fantastic structures I have ever seen. Asamkirche is a place to be visited to get the full appreciation of the hours of dedication and skill put into its creation. That became a resounding theme throughout the entire trip. Words and pictures did not seem to do justice to the places we got to see.

We finally managed to get a great night of sleep, which was well needed, as tomorrow was to be another full day of sightseeing. We embarked early in the morning on a train bound for the Bavarian town of Füssen at the edge of the Alps to see the grandiose Neuschwanstein Castle that was the inspiration for the Cinderella castle at Disney World. It had snowed the night before, so it made the castle look even more magical. Upon finishing our tour of the castle, we hopped on a bus that whisked us away to the German Alpine town of Garmisch-Partenkirchen, site of the 1936 Winter Olympics.

A bright sunny day again greeted us the next morning, which is exactly what we needed, as we were headed to the summit of Zugspitze, the highest mountain in the Bavarian Alps. The view from up there was breathtaking. I managed to scramble up the rocky summit outcrop to stand next to the shimmering, golden summit cross. The contrast of the gold against the white snow, granite cliffs, and blue sky were mesmerizing as I stood looking out at the panorama of Germany, Italy, France, Switzerland, and Austria. We had a great lunch at the summit restaurant. The ride down the cable car and cogwheel train capped off a great day.

On the outskirts of Garmisch-Partenkirchen is the Partnach Gorge, our next activity. It is a canyon that reminded me of something straight out of the Lords of the Rings world. We found ourselves surrounded by steep cliffs eroded by a fast-moving stream of a brilliant blue hue. The trail through the gorge was an engineering feat and made for an easy walk with its catwalks and tunnels about 10 feet above the rushing glacier-melt water.

Before moving on to Italy, we needed to get back to Munich where we were scheduled to catch a high-speed night train, complete with a 4-bed sleeper compartment that would transport us straight to the heart of Rome. We used the little extra time we had before getting on the night train, to visit a traditional German Christmas Market at the Munich Royal Residenz. Where we enjoyed a mug of gluhwein and a slice of black forest cake. Both of which were list items for Germany.

The train ride was very relaxing. We slept quite well and woke up to have breakfast served to us in our private compartment while we sped past the rolling hills of Tuscany.

Rome was a blur for us as we checked off all the sites we had wanted to see, which included, the Vatican, the Spanish Steps, the Pantheon, the Trevi Fountain, the Arch of Constantine and the Coliseum. All this walking wore us out, but thankfully we had a solution. The coffee in Italy was incredible. There is nothing like a one-euro, properly-made, macchiato to give you a boost to carry on. The Tiramisu and gelato weren’t bad either.

And so this brings us to where I started this article, the Amalfi Coast. I knew the Path of the Gods trail was going to be an arduous task, so I opted to let my wife and daughter sit this one out. I ventured out with a friend, with whom we were staying within nearby Naples. It was an unforgettable excursion that ended with a perfect macchiato to help bring life back to our spent legs.

Our flight from Rome the next day was in the afternoon, which afforded us time to see the Royal Palace of Caserta, the largest Royal Palace in the World. It was filled with one opulent room after another. Truly, a must-see landmark if you are ever in Naples.

The plane landed at Gatwick airport in the evening, and we took the shuttle to the hotel and crashed for the night after some great fish and chips that the hotel served up in the room.

A chilly morning commute on The Gatwick Express took us directly into the center of London from the airport. Having to get back to make a 3:30 pm flight, every minute counted. Buckingham Palace with the changing of the guards was where the whirlwind tour of London started. Parliament, Windsor Palace, Big Ben, Tower Bridge and the Tower of London were the other areas of interest we visited. Without ever really getting to explore each landmark, we at least managed to check them off our list. And we got to ride on a red, double-decker bus, which was the one thing my daughter really wanted to do in London. Eventually, we made our way on to “the Tube” and returned back to the airport in time to catch the flight back home.

We saw so many sights that we almost became numb to it all at the end. The castles, museums, and palaces started to blend together. We rode in planes, trains, automobiles, buses, aerial trams, and subways. The public transportation in Europe was top notch. No need to rent a vehicle. Just make sure that if you are on a time schedule, do your research online before you go so you understand how all the transportation works in different countries. Also be sure to know how to say “hello,” “goodbye,” and “thank you” in all the different languages you will encounter on your expedition.

Fostering the Artists of the Future

Follow us as we highlight upscale coastal living from Mobile to 30A! You are going to wish you lived here!

Thank you for visiting Coastal Lifestyle Magazine!
We love that you love this image as much as we do!
Please understand that all photos are copyright protected.
We do this to protect our photographers and their works.